Tyrone Manager Mickey Harte has said Catholics should be as proud of their faith as GAA people are of their jersey. 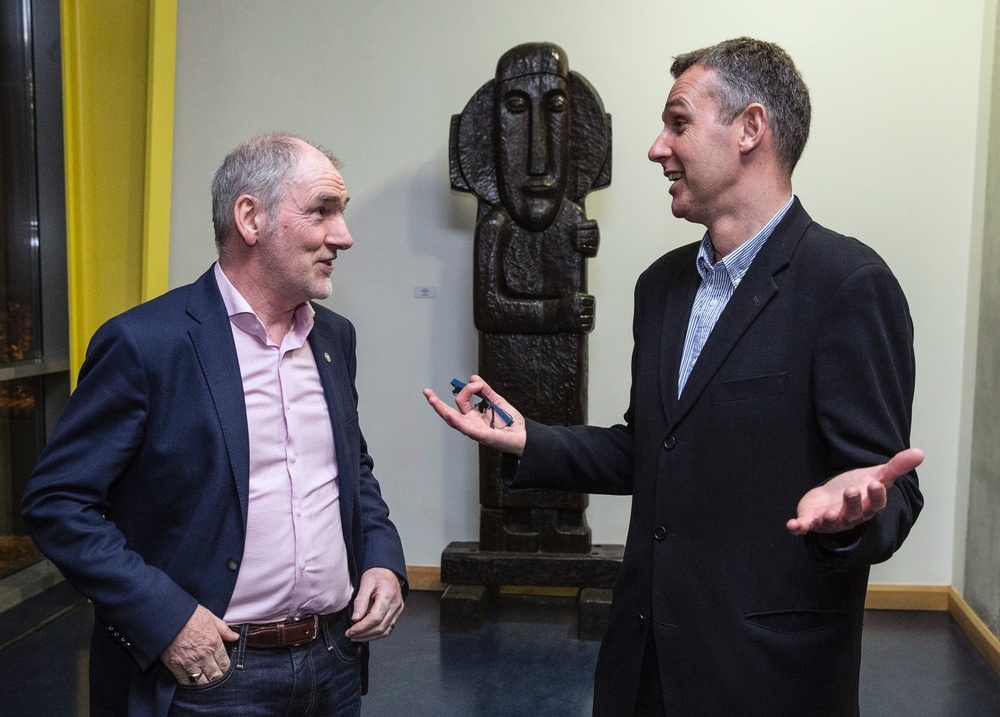 Speaking at the final public event as part of the year-long build up to the Limerick Diocesan Synod in April, the three-time All-Ireland winning manager said that Catholics today tend to be too apologetic and should not be swayed by scandals perpetrated by a very small minority of clergy.

Drawing analogies between sport and his faith, Harte said that being willing to take responsibility is one of many prerequisites for sport that also apply to faith.  “In sport people have to take responsibility for their own performance. You must ask yourself, ‘am I doing everything I can to be the best I can be’?  This also applies to our faith and we certainly cannot shirk responsibility.

“We cannot blame the scandals of the Church.  We can’t just take a position that because of those scandals we just don’t bother doing anything, participating in any way.  We can’t just say that is representative of the entire Church because it’s not.   A minority of people were responsible for those abuses so you cannot dye everyone with the same brush. 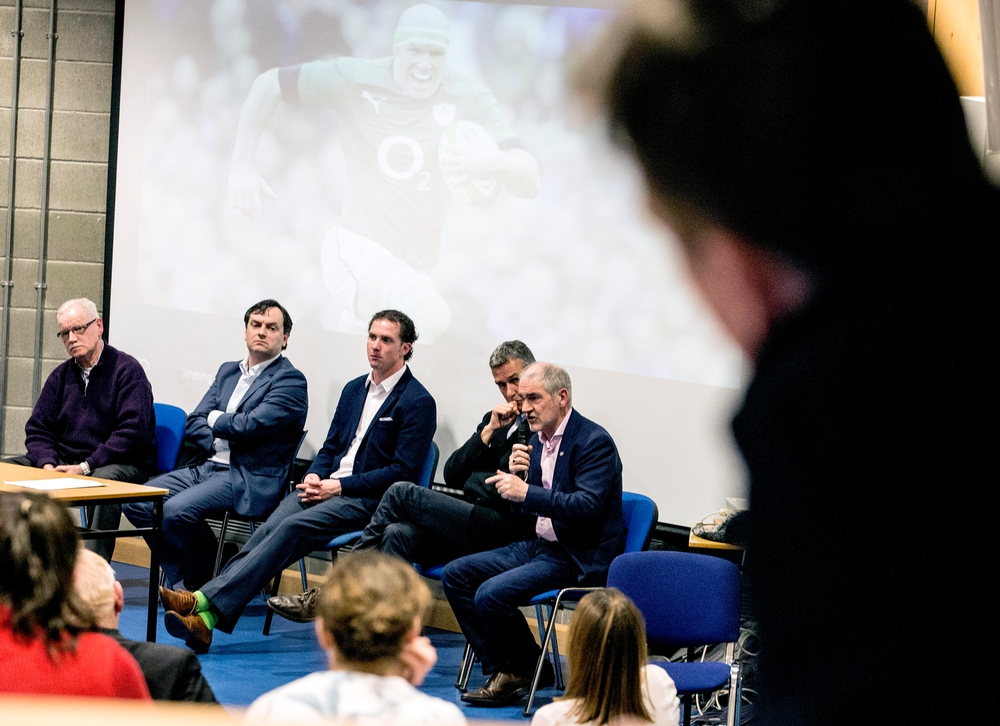 “There are so many good people and priests who did great things for the Church, for communities, for the country.  If you think otherwise you have to consider perhaps what lens are you looking through. There were far more who did good than who didn’t and we need to think about that.”

He continued,  “There is an incredible sense of identity around sport.  There’s the club, which we all identify with. Then there’s the county and you can go onto the province and even your country; in GAA that can happen with the international rules.  But we also have a sense of identity with our faith but we are way too apologetic about this.

“Why should we not be as proud of our catholic faith as we are of our club colours?  As Catholics we are part of the biggest team in the world and we should be proud of that.  We should be able to say who I am and this is what I believe.”

The Tyrone manager, who lost his daughter Michaela and brothers Paddy and Peter in the space of just three months five years ago, said that faith saw him through his toughest days.  “Life wasn’t easy. You could never have dealt with this on your own. You had to have a faith.  There had to have been something greater to get you through.

“The community spirit that exists in in the GAA is incredible also in times of trouble. For us at that time the club mobilised, the county, even the province.  Everyone gave all the support they could to make sure the practicalities had to be done. No one had to be told or asked to do anything.  They just stepped forward in a great Christian spirit of solidarity and support. The sense or importance of just being there was very evident at that time for people.”

The veteran of 12 championship campaigns as Tyrone Manager said that there are many parallels between faith and sport, including leadership.  “Good teams don’t have just one or two. In a good team everyone decides they want to be a leader.  They step forward and set the example – everyone decides to do that.  But we need leadership in faith life as well. We have priests, religious people and others who always been there for us but we need that in the laity as well.  We all need to be willing to step up and play our part and give leadership in our faith.

“Discipline is also critical. You have to be disciplined.  There are socialite athletes and there are dedicated athletes.  The socialite athletes are the ones who are out during the weekend and don’t win an awful lot as they don’t apply themselves.  They are the people who take short-cuts, don’t run around the cones.  They are the ones who don’t turn up for training on time.

“It’s the same in faith, we need to make sacrifices.  Take Lent for instance; isn’t it great to be able to do something, to be able to say when Easter Sunday comes ‘what a day it is’ that it is the culmination of something special you have done. That you have run the race and lasted the time. That’s discipline.

“You also need consistency in faith.  There’s no point being a flash player here and there and then disappearing for 20 minutes or more in a game.  That’s also true for life and faith.  You have to understand that it is a journey and that you have to apply yourself to be being better, all the time.  You must work continuously to have a deeper faith, more prayer and be consistent with your approach to prayer.

“In a game, there are all sorts of little battles within it. It’s the same in life.  Life gives you some challenges and with the help of God you manage it. You have to turn to a higher power someday but my hope is that people realise it before they need it.” 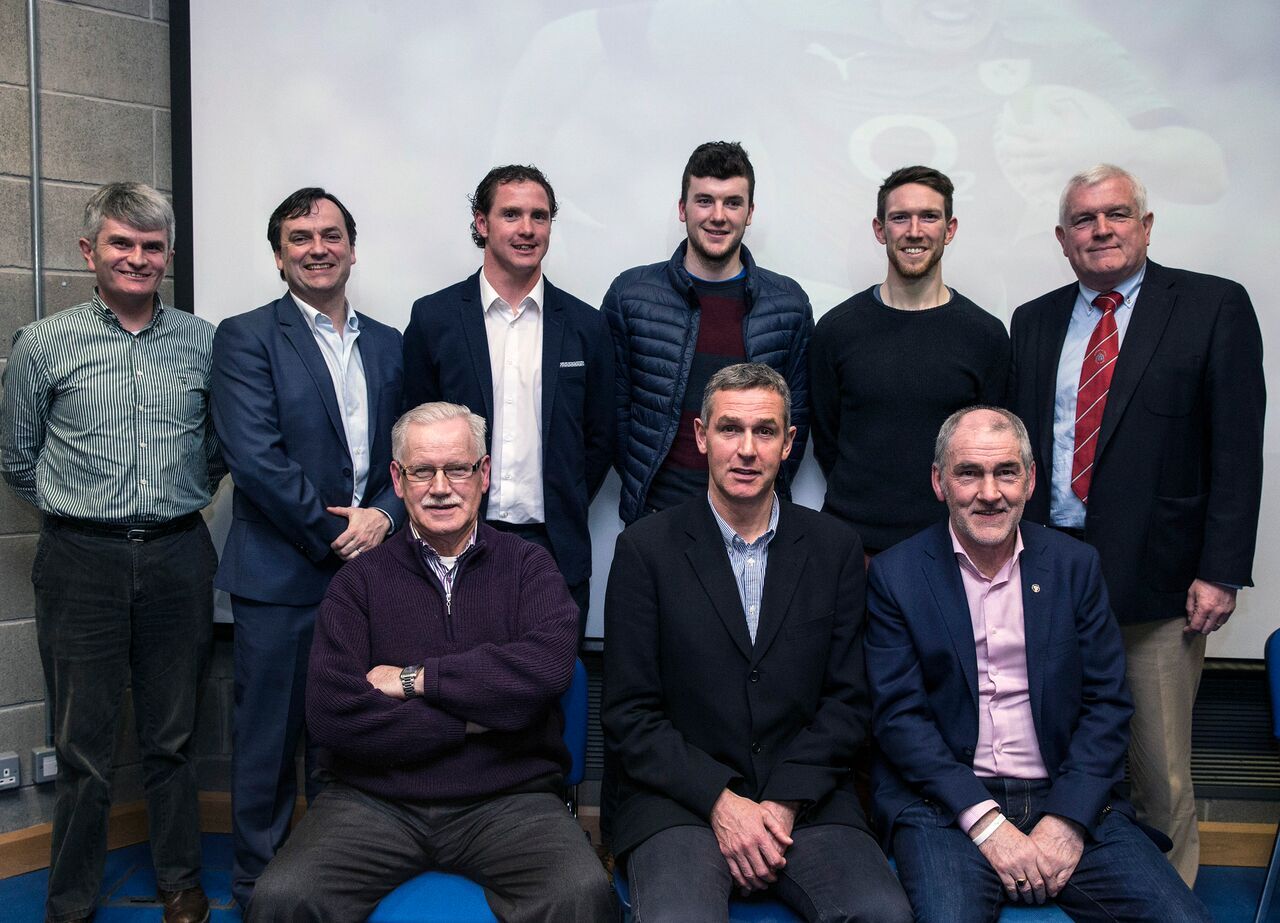 View Photos from the Evening