Methodology for Calculation of Parish Statistics for Diocese of Limerick

To date, the Central Statistics Office has produced Census of Population data at a number of geographical scales (e.g. region, county, garda division, local authority area).  However, census data are not recorded or published at the level of Roman Catholic parishes.  The only exception to this is the Arch-Diocese of Dublin for Census 2011.  Although some census data are available at the level of the townland (as components of parishes), the usage of townland data (sub-units of parishes) is problematic due to the lack of fixity of townland boundaries over time; and a limited number of socio-economic variables (primarily number of inhabitants and dwellings) released by the CSO, due to the need to respect the confidentiality of residents.

Given the absence of accessible data at parish-level for the Diocese of Limerick, and in order to compile a socio-economic profile for each parish in the Diocese of Limerick, it was necessary to disaggregate Small Area data from the 2011 Census of Population.  Previous socio-economic profiles at a sub-county level have been restricted to operating at ED (Electoral Division) level. However, since December 2010, Pobal and the Central Statistics Office have collaborated to make census variables available at a more localised micro-level – for units of area known as Small Areas (SAs). SA data allow for the investigation of geographical variation in considerably more detail than Electoral Divisions (EDs).  The SA boundaries have to adhere to the following criteria: a minimum of 65 households, a mean of 92 and a maximum of just over 900 households. There are over 18,000 so-called SAs (Small Areas) in Ireland.  They are the smallest geographical units at which census data are recorded.   These SA data represent the primary building-block on which the parish-level profiles for the Diocese of Limerick was constructed.   Furthermore, SA boundaries have to respect townland, ED and county boundaries; and wherever possible follow natural features on the landscape (Gleeson, Kitchin, Bartley & Tracey, 2009). Unfortunately, SA boundaries do not respect Roman Catholic parish boundaries, and as some transcend parish boundaries, it has been necessary to avail of the local knowledge of geographers, clergy, religious and local communities in determining boundaries and in ensuring appropriate sub-division of SA data in line with the geographies of parishes.

The following outlines the steps undertaken by the researchers within the Department of Geography, Mary Immaculate College for the compilation of the parish statistics: 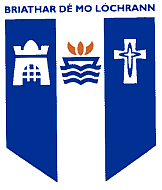 Our Lady of Lourdes

Our Lady Queen of Peace